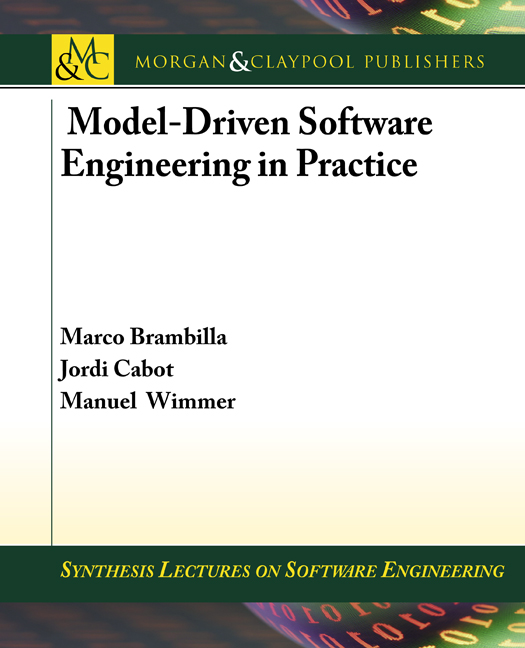 (cross-posted from the modeling languages portal)

Our Model-Driven Software Engineering in Practice book was published in September 2012. 18 months later I´d like to share with you some personal reflections on the publication (and marketing) process for the book. I believe that Marco and Manuel share most of these opinions but I´m just talking on my own behalf here.

I´ll skip the obvious (no, don’t even think about writing a book to make money, and yes, it takes much more time than what you ever thought) but focus on some details regarding the writing, publication and marketing process for the book that I found surprising (and to be honest, disappointing). I´ll try to be synthetic (if somebody wants more info on any specific topic just let me know). In fact, the main conclusion is simple. Going with an established publisher is just not worth it. Not surprised by this, we already clarified that we decided against self-publishing the book mainly because an “official” book would look better in our research CV (a longer explanation here). Clearly, now that I have already one, if I write another one ever again, I´ll self-publish it.

So, what I learnt in the process (of course, I talk based on the experience of writing one single book and interacting with one single publisher but I don’t believe things would be very different with others):

Of course, not everything is bad. We´re extremely excited that more than 100 organizations are using our book to introduce MDE to their students/employees but there is a bittersweet taste in my mouth. I do believe that with a bit more of help we could have managed to have a greater impact for the book and for MDE.